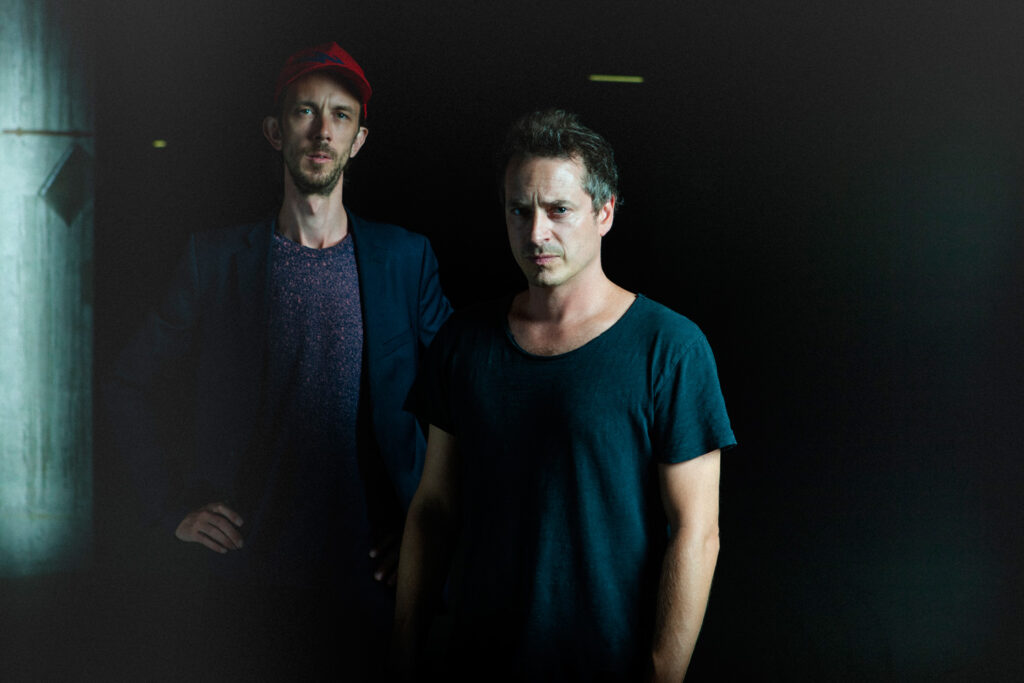 On June 9th, 1945, Don Byas and Slam Stewart ascended the Town Hall stage in New York City and delighted an attendant audience with forward-thinking renditions of Charlie Parker staples “I Got Rhythm” and “Indiana” along with the unexpected decision to attempt the compositions absent additional accompaniment. Pianist Teddy Wilson also joined pair for version of “Candy”, but it was the duo performance that purportedly drew the majority of applause and acclaim

On June 9th, 1945, Don Byas and Slam Stewart ascended the Town Hall stage in New York City and delighted an attendant audience with forward-thinking renditions of Charlie Parker staples “I Got Rhythm” and “Indiana” along with the unexpected decision to attempt the compositions absent additional accompaniment. Pianist Teddy Wilson also joined pair for version of “Candy”, but it was the duo performance that purportedly drew the majority of applause and acclaim. Later released on the Commodore label, these revelatory colloquies would become the first commercially- released exemplars of tenor saxophone and double bass in extended repartee. Scores of tandems have followed suit on stages and in studios in the half-century since that game-changing conclave, many of them recorded and circulated and many more still lost to the vagaries of time.

One such aural descendant, Looking at Bird, a 1980 studio recording by American tenor saxophonist Archie Shepp and Danish bassist Niels Henning Ørsted Pedersen, had an indelible effect on Fabian Gisler when at the age of fourteen he acquired a vinyl copy in his native Switzerland. The ears-evolving listening experience initiated the temporal through-line to this present project with confrere and countryman Alex Hendricksen who also has a long-standing kinship with the duo format. Both men have formal training, Hendricksen at the Berklee School of Music in Boston and Gisler at the Bern Swiss Jazz School under the tutelage of Rufus Reid, Ray Brown and George Mraz. Diversity of domain has characterized each of their professional careers from big band to pop to films-scoring. Fondness for musical peers and acknowledged masters who have made statements with the configuration also informs their interest in the current design including seminal albums by Stan Getz with Kenny Barron, Jim Hall with Ron Carter and Keith Jarrett with Charlie Haden.

Both players cite the art form of storytelling as central to their music, although they’re also careful to clarify that no specific earlier duo served as a direct role model. “Getting the story across is a big one for me personally,” notes Hendricksen, “we look for song material that speaks to us and makes us want to tell our stories. And Strayhorn just has so many beautiful stories that I can relate to in many a way.” That professed admiration for Ellington’s esteemed colleague isn’t simple lip service as the duo’s chosen songbook taps the prolific ducal composer four separate times. Thelonious Monk gets a nod twice and the remainder of the studio set fills out with dependable selections from the Great American Songbook by once-popular tunesmiths Victor Young, Harry Warren, Richard Whiting and Michel Legrand.

A marriage of the antique and au courant also impacts the pairs chosen implements. Gisler’s instrument is outfitted with a balance of gut (G and D) and steel strings (E and A) for a combination that allows a winsome amalgam of vintage tone and modern action. Hendricksen hoists a vintage Selmer Mark VI and his appreciation for the venerable tenor guard is ample. “I must say that I love the old tenor players. A lot of today’s players don’t appreciate the virtuosity of these Cats. Maybe they didn’t play the fastest or craziest shit, but their sound was their thing.” Fealty to older forms is also present in the joint decision to generally table any tendency toward extended techniques in favor of fielding their instruments from comparatively conventional

corners. Hendricksen’s horn always sounds like a saxophone and Gisler ranges across tonal territory intrinsic to the bull fiddle sans preparations or extraneous manipulation. Musical variations and elaborations arise often, but always in the service of the tunes. Intimate, relaxed and reliably mellifluous as a result, the conversational components of the pairing are all the better for it.

“Ask Me Now” and “We See” direct vivid telescopic focus on two facets of the vast Monk firmament. Bright and breezy, propelled by double-stop strums and pure floating melody, the first piece strolls by like an oxygenated reverie while its sibling is contrastively jaunty and jocular built on a slanted, striding line from Gisler and a skipping melodic sortie from Hendricksen’s horn that leads to a playful call and response coda. The Strayhorn foursome is similarly varied starting with a somberly nourish reading of “Blood Count” where Hendricksen applies charcoal edges around his phrasing. Gisler is almost pointillistic in his stippled note placement without sacrificing a swollen and bulbous presence emboldened by fleeting string harmonics as an autograph.

“Chelsea Bridge” is even more intentionally diffuse with Hendrickson approaching the opening minutes almost like a Hindustani alap in the mulling of melodic fragments through a series of mid-altitude trills and waiting a full two minutes and change to state the theme proper. Ben Webster arguably owned the tune by enduring association outright, but Hendricksen makes an excellent argument for the auspiciousness of the loan. “My Little Brown Book” and “Upper Manhattan Medical Group” each swap speed for profundity with Gisler dropping gently detonating double stops. Hendricksen dilates his tone to a lush, watercolor transparency in another full embrace of sonorous motivic comportment prior to a palate-cleansing cadenza.

The other tunes deliver spirited studies in contrastive confluence as well. Once a popular Fats Waller vehicle “Lulu’s Back In Town” rides on a chassis of slapped syncopated strings and a swaggering tenor anchor each of which mine the mixture of urbane humor and moxie at the heart of the song while “My Ideal” moves at an equally ambulatory pace, highlighting Hendricksen’s gravity-nullifying variations before a gauzy rasp as sign-off. “Love Letters” folds the variance of moods into a single piece as Gisler plucks a gilded web of rounded tones before his partner’s clean aerated entry and switch to forward propulsion on a tensile sauntering line. Saxophone sits out on “Stella by Starlight” leaving Gisler to dance around and through the melody with ephemeral harmonics as punctuation. Here and elsewhere his audible exhalations offer prominent indication of the amount of effort involved in the creation of the stalwart patterns.

Houston Person and Ron Carter have been making duo records for the better part of three decades yielding eight auspicious outings to date to be exact. The rapport that energizes each of their encounters is shaped from those mutual experiences along with separate lifetimes spend navigating the music. It may seem premature and presumptuous to compare Hendricksen and Gisler to such a venerable and revered partnership, particularly after only this their first commercially-available outing

together as a tandem. The validity to the corollary is vested in the music contained here as this Swiss duo has hit upon a similar degree of synergy and solidarity in their association. Stewart and Byas set the stage figuratively and concretely nearly three quarters of a century ago, but compelling players like Hendricksen and Gisler are the ones who are vitally keeping the conversation alive.