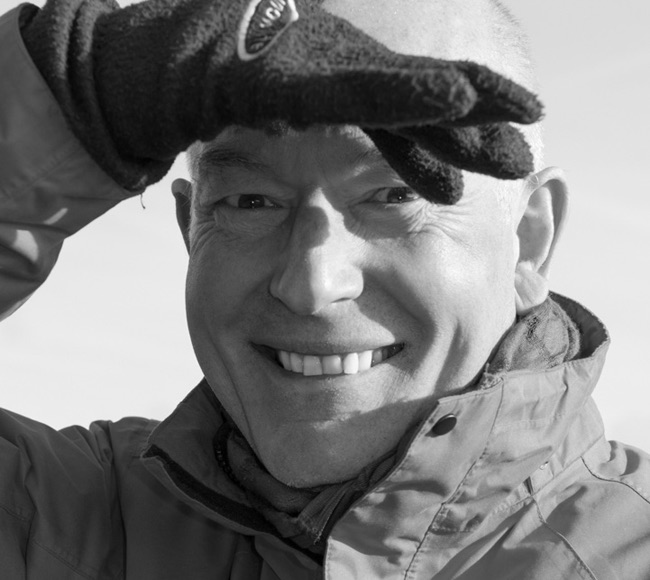 The verb “to manage” doesn‘t just mean to run something, it also implies to cope with the unforeseen and to make things happen. And therefore the success and effectiveness of a “manager” – in both senses – will be all the greater if his horizons are wide, his expertise diverse, and his passion total. And so it is hardly a surprise that musicians who have René Hess, founder and director of HR Music as their manager don‘t just swear by the services he offers; they have for the most part worked with him in the context of very long-term partnerships.

That long-term loyalty is partly the upshot of Hess‘s business skills and acumen – he is a qualified lawyer with a Masters degree in Law from the University of Berne. But primarily, it stems from his love of music, and of jazz in particular, something which left its mark at an early age. Already as a student he was, by his own admission, spending “more time in record shops and at concerts than in the law faculty.” A dedicated record collector from the age of 17 onwards, he opened the “Birdland” jazz record store in the old Cité in Lausanne in 1988, and continued to run it until 2002. This soon led to him taking over the running of the concert series “Jazz Classics” and, from 1997, entering into co-operation with AllBlues Konzert AG, the leading jazz and world music promoter in Switzerland. Hess ran over 70 concerts, involving stars such as Oscar Peterson, Dave Brubeck, Diana Krall, Brad Mehldau, Joshua Redman and Paco de Lucía. It was an experience which gave him a thorough grounding in this aspect of musical life.

As regards the management activity, it was Hess‘s meeting with pianist Jan Lundgren which proved decisive. Won over by the Swede’s exceptional talent, Hess became Lundgren‘s manager in 2000. This arrangement proved so successful, it wasn‘t long before other musicians were asking to join him – and so in 2006 Hess founded his agency HR Music. The cornerstone of his work is a respect for the artists and their work. The fast buck doesn‘t interest him at all; what he cares about is the consistent and sustainable development of artistic profiles plus a planned and systematic communication strategy with audiences. For this reason, Hess restricts his activity to just a few musicians whom he looks after, taking an approach which is comprehensive and holistic. In addition to management, promotion and booking (or selecting suitable bookers) the activity includes publishing and production via the Erol Music Publishing Division which is affiliated to HR Music. René Hess has also acted as the producer in his own right of twelve albums for top-notch labels such as ACT, Sittel and Beejazz.

Alongside working with Jan Lundgren as a solo artist – for example in the Trio Mare Nostrum with Paulo Fresu and Richard Galliano – Hess maintains a close, mutually trusting long-term working relationship with Swedish bassist/cellist Lars Danielsson  which has led to three Echo Jazz Awards. Furthermore, two Echo Jazz Awards were won by the band Rusconi led by the Swiss pianist Stefan Rusconi, who is also on Hess‘s roster. And more recently, the Swiss saxophone/bass duo Alex Hendriksen/Fabian Gisler and the French/ Martinican pianist Grégory Privat have been taken under the wing of HR Music. Artists under Hess‘s management have played innumerable concerts on five continents and in over 60 countries – from the cosiest of jazz clubs to the biggest and the best festivals in the world.

And yet ultimately what matters most in the music business is the human factor. So when a musician has just arrived at an airport and realised that he‘s left his visa for Singapore at home.or another is standing on a rainy train station platform but needs to be talked into travelling to Riga…or when business tickets for cellos or basses have to be re-booked for the nth time… or if an instrumentalist has to travel with an unforgivingly tight schedule of flight and helicopter transfers from the foggy north of Norway to Switzerland and…when he arrives five minutes before the concert starts, needs to be supplied with a banana and an espresso…what René Hess will always do – and it‘s definitely the mot juste – is to manage.